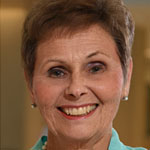 Sandy Yee has served as Dean of the Wayne State University Library System since 2001. As dean, she is responsible for the School of Library and Information Science and five campus libraries. Wayne State University Libraries are the fiscal agent for the Detroit Area Library Network (DALNET), a Southeastern Michigan consortium that manages a shared automation system for 20 member libraries. Sandy serves as President of DALNET.

Sandy has been a member of the OCLC University Library Advisory Council, served as a member of OCLC’s Members Council and in 2008 was elected to a six-year term on the OCLC Board of Trustees. She has chaired the Board’s Personnel and Compensation committee and, in November, 2012, was appointed Chair of the Board.

She has been president and treasurer of the Michigan Library Association, and has served as Chair and board member of the Michigan Library Consortium. Sandy is past president and member of the Friends of the Detroit Public Library and a member of the Wayne State University Press Editorial Board. Her commitment to 21st century librarianship has been recognized with awards and honors including inclusion in Who’s Who in America and Who’s Who of American Women. She received the inaugural 2010-2011 Administrator of the Year recognition from Wayne State University Student Senate for her outstanding support of students. Sandy was honored as Librarian of the Year by the Michigan Library Association in 1999.

She presents and publishes on a variety of topics relating to academic libraries including instruction, outreach and digital projects, and is actively engaged in Library and Information Science education.

Sandy holds a doctorate in Educational Administration and Supervision from the University of Michigan, and earned her Bachelor’s and Master’s in Library Science degrees from Western Michigan University.