Did you catch all of the 2017 end-of-year book lists? Probably the most noteworthy are The New York Times best sellers lists. Barnes and Noble publishes one, as does Publishers Weekly. Amazon publishes a most purchased books list as well, which gets a lot of attention.

As you know, we at OCLC have a different list—the books that are the most shared, as measured by interlibrary loan requests! Last year, our resource sharing systems handled more than 7 million ILL requests from all over the world.

We’ve been gathering this data for many years and publishing it here for the past two years. It’s always interesting to see what books made the top ten ILL list and what, if any, broader observations we can make. We debuted our ILL “best sellers list” for 2017 last week at the OCLC Resource Sharing Conference with the resource sharing community, who always enjoy guessing which work made the top spot.

Well, in 2017, ILL requests once again were closely aligned with current events—what was taking place in the news and popular culture.* Here are latest themes in interlibrary loan based on our data. 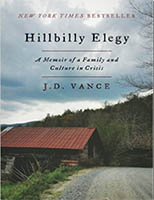 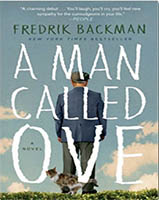 If you recall from last year’s post, the theme was how closely aligned ILL was with current events. This continued in 2017. The top ten books reflected the US political climate and the historic rise of the US stock market.

The top book requested by almost a 2-1 margin was the provocative Hillbilly Elegy, the same book that topped the list last year. Published in June 2016, this book was firmly entrenched for 17 months as the top requested book in our system.

The popularity and interest in this book, in which a Yale Law School graduate examines working class struggles, is evident in other lists as well. Hillbilly Elegy was one of the top five checked out books at the New York Public Library and the Boston Public Library. It also was an Amazon best seller in 2017 and had been on The New York Times best sellers list for 70 weeks at the end of 2017.

In addition to the political climate, as the US stock market hit record highs for much of the year, it appears that many people were looking to lock in gains in this rising market. The sixth most requested title was Margin of Safety: Risk-Averse Value Investing Strategies for the Thoughtful Investor, making the list for the first time.

Find out which book grabbed the #1 spot on both the 2016 and (just released!) 2017 lists for “Top Interlibrary Loan Titles” of the year. Click To Tweet

Five other books made it to the OCLC list for the first time as well: Deep Learning, A Gentleman in Moscow, Iris and Lilly, Milk and Honey, and The Subtle Art of Not Giving a F*ck.

Other than that, here is what we observed.

Below are some additional ILL lists. What interesting numbers and trends in ILL do you see? Let us know on Twitter with #OCLCnext.

* 93% of the libraries and 98% of the total borrows are from US libraries.